Music Trade is a company with a long tradition of doing business in music and hospitality industry. Namely, since 1986, the founder and owner, Stevan Lestar ran one of the first clubs in Novi Sad where live gigs of famous and less known rock performers were held. With a legendary name “The Hole” (orig. Rupa), because it was situated in a basement, it was located near Academy of Arts and as such soon became a favorite place of the artists of all kinds. Gathering all fans of alternative scene that were looking for a different sound compared to the patterned city inns with checked tablecloths and passive atmosphere, “The Hole” became the cult place that is mentioned today in rock encyclopedias and exhibitions of now well-known artists from those generations as a synonym for a good party and the hot spot of r’n’r city scene without kitsch.

Cooperating with numerous musicians whilst organizing the gigs, Stevan realized that they were facing a lack of quality musical instruments and equipment. Namely, since he was travelling to Germany frequently at that time due to family business, he was always asked to bring something from there – some strings for the guitar or a musical instrument. And this is how, from great love for good music and great partying, the idea was born for a new entrepreneurial venture: in 1995 the company “Note” (orig. Nota) was launched that would fill the gap on the market as one of the very first private music shops in Novi Sad.

Nowadays the company is still a family business that count for 15 employees and that is constantly following the market, expanding and diverging its business. Here you can find famous brands from music industry such as Gibson, Fender, Pearl, Marshall, Ludwig, Conn-Selmer, Buffet Crampon, Epiphone, Dean, Ibanez and many other, as well as all kinds of musical instruments and entailing equipment, i.e. sound systems like amplifiers, loudspeakers and other. Following the development of new technologies and also new demands at the market, since 2001 the company has been dealing with the import of computers and equipment within the business unit Star Computers. Additionally, back then in dial-up era, we built the first online shop in the branch of musical instruments sales, which has constantly been improved since then. We also opened a store in Belgrade in 2004.

After sanctions abolishment, since 2003 we have been doing business as Music Trade instruments & more d.o.o. and today we are the exclusive representatives for numerous famous brands from music industry such as Pearl drums, Meinl cymbals & percussion, Gibson, Dean, DDrum, Warwick, Conn-Selmer, Ludwig, Zoom, Pro Mark and many others.

The family tradition and business policy of a reliable partner have been our recognizable trademarks which is evident from our successful cooperation with some of the most significant cultural and music institutions, and which dates back since 2004. Among our satisfied customers there are music secondary schools Isidor Bajic and Josip Slavenski, then Serbian National Theatre in Novi Sad, National Theatre in Belgrade, Faculty of Music Art also in Belgrade, Academy in Novi Sad, but also Representative Orchestra of Military Guard of Serbia. Taking into consideration our wholesale network and our dealers, this list is much longer, because we regularly participate in tenders for the equipping of orchestras, theatres, operas and other cultural institutions.

In the period 2008-2012, by enhancing the quality of the service, we expanded our business onto representing certain famous music bends in Serbia and organization of their concerts. For example, we cooperated with the group Van Gogh.

As family company directed always to its and potential customers, since 2012 we decided to widen our business onto other products due to drastic changes on the market, but also as a response to our clients’ requests. We have enriched our offer with new products that could not be found on our market at that time. Now we are successfully importing and exporting the most quality Belgian beer, refined French chocolate and cocoa powder, as well as Italian fabric for fashion industry from the best wool, cashmere and other, and textile for shirts by the leading manufacturers. Because of the all above mentioned, in 2017 with full trust into the quality, we decided to add onto our list of brands that we bring to our customers the famous LEICA – prestigious manufacturer of cameras, video-cameras, lenses and other following equipment. It is important to mention that for the part of our products we possess the sales rights for the ex-Yu region and Albania, and we hope to new deals and business onto new markets soon.

We are different from others because we have always made effort to provide our clients with what others did not provide them or could not have.

With the global boom of the demand for craft beer, we decided to bring Belgian beer to domestic market, which is, beside the German one, known for its long tradition and excellent quality. Belgian beer is of specific taste, and the breweries that manufacture it still resist to the pressure of mass production of global companies keeping the original recipe.

The idea for this kind of product originated from our customers that had trust in our long-lasting experience in import and wholesale, and due to well-organized logistics, today we also trade with the most refined fabrics from wool, cashmere and other for the fashion industry. Additionally, we import the textile for shirts by reputable manufacturers.

We brought these brands onto our market also thanks to good cooperation and communication with our loyal customers, because by time we realized that the certain products from music branch were used also in the field of photography. It was the buyers who paid us attention that one of the most demanded brands LEICA was not available at our market, so we expanded once more our range of products to mutual satisfaction.

Although we have already possess well trained and well played team of employees, but you would still like to be a part of it, you can send us your CV on: [email protected] 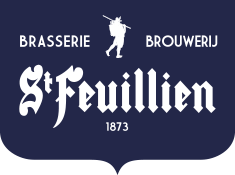